What is TiLP2? How popular is the TiLP2 software and how to download it? We have collected thousands of software titles and know the answer!

TiLP2 is the latest edition of TiLP, a linking program that is used by graphing calculators that are manufactured by TI (Texas Instruments). The program is supported by ticalc.org. The name of the program is an acronym that stands for 'Tilp is a Linking Program'.

TI is the biggest and the leading producer of graphing calculators in the United States. The company specializes in computer software for data collection, learning, basic coding, engineering, and design, as well as graphing, scientific, and financial calculators. TiLP is running UNIX, Windows, Macintosh and received a Program Of The Year (POTY) award in 2006.

TI calculators are mainly used by math and science students starting from middle school through college and consist of nine series which use TiLP as a communication program that allows them to exchange data with PCs using link cables, such as GrayLink, BlackLink, SilverLink, and others. Users can also backup, restore and archive variables and/or applications for their TI graphing calculators on their computers. 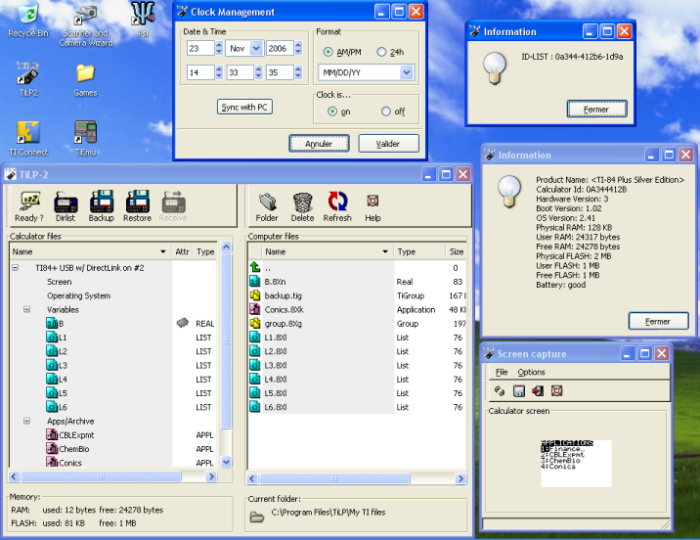